Both the Tax Office and the corporate regulator see property investment in superannuation as a “live issue”. 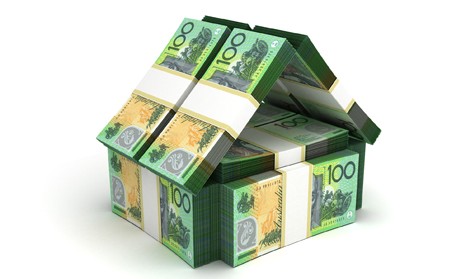 Speaking in a panel hosted by the SMSF Association and the ATO this week, Kate Metz, ASIC technical adviser to the deputy chair, said that based on some of the recent work ASIC has done speaking to consumers about their experience and why they choose to set up an SMSF, it is clear that property continues to be an ongoing issue for SMSFs.

“For us, that rings a number of alarm bells, and we think the number of those people will not be well placed to self-fund their retirement.”

Ms Metz noted that ASIC has already publicly announced that it would be looking at one-stop shops.

“These are organisations that will set you up an SMSF, find you a property, work out your borrowing arrangements and also do your legal advice as well. We are very concerned about those sorts of arrangements,” she said.

“There are a number of policy debates going on at the moment around limited recourse borrowing arrangements and whether they should still be allowed to continue on and allowed personal guarantees as well. At the moment, it is very much a live issue that people are turning their minds to.”

Ms Metz said there is also very little discussion with SMSF advice relating to property around issues such as liquidity and falling property prices.

“People are set up with a property, but there is no discussion of what happens when you retire – does the property need to be sold? Will you be able to live off the rental yield? What happens if prices drop?” she warned.

“I think that is a real issue, and as people age or are older when they go into that sort of arrangement, the implications become even more significant for them.”

Speaking in the same panel, ATO deputy commissioner James O’Halloran said the ATO has likewise seen inpiduals who have not properly considered the risks with setting up an SMSF and investing in property.

As part of the ATO’s vetting process for SMSFs, Mr O’Halloran said some of the reasons from inpiduals for setting up a fund have included a family member telling them to do so or to buy a house or holiday.

“To some of you, you might think this is laughable. The naivety of those elements reinforces the point. The seriousness of this decision for your future is not a reason not to do it, but go in informed,” he said.

SuperConcepts executive manager of SMSF technical and private wealth Graeme Colley said that whether limited recourse borrowing arrangements get banned may be determined by the market with the big banks pulling out and trustees looking to mezzanine lenders instead.

“People are taking risks on mezzanine companies, which is adding more recourse to limited recourse borrowing.”

Mr Colley said he expects a decrease in borrowing by SMSFs as it becomes increasingly complex and property prices in capital cities continue to fall.